on October 30, 2019
Edit: I hid the many comments, but did not delete them. While insightful, they do not belong in a public space.

This note has already had thousands of views! I have chosen to move it on its own website as the previous company who hosted this earned ad revenue (albeit small) from this and I felt it was inappropriate given the nature of this writing. Several students have reached out to me with similar issues regarding the same professor.

While the professor admitted to much of the following, the university still chooses to do nothing.

First and foremost, I want to introduce myself as a former chemistry major with a 3.61 GPA. I was in student government, the honors college, secretary of the robotics club, a founding member of the chemistry club, Vice President of the Delta Sigma Science Club, I organized an exposition on campus for young girls interested in science, and I was a research student having presented my research in Pittsburgh, Indianapolis, San Diego, and twice here on campus having placed second in last year’s research competition. In addition, I had the unfortunate circumstance of falling ill. I am writing today because a short while into last semester, I began chemotherapy treatments. My first round of chemotherapy was really rough on me. I had trouble completing two assignments and the professor allowed me extra time. However, he later notified me of a situation with a particular student who may leverage my situation to get himself extra time on assignments.
Following major illness related to the chemo, I applied for disability services.
When I filed a grade appeal, I was told to meet with either he or the department chair to rectify this. I met with the department chair who stated he felt the situation was unfortunate but had been unable to reason with the professor. In addition, the chair stated that the professor is known for having a communication problem as the professor had missed meetings due to not answering/reading emails. He said I should instead try to reason with the professor myself. When meeting with the professor, the professor threatened to have my grade further reduced. (I was fortunate in being previously advised that Indiana is a single-party audio recording consent state and that I record these conversations, which I did.) Due to the threats from the professor paired with a request from the chair to not appeal, I withdrew my grade appeal.

I'm a senior and this dropped my GPA. I am very unhappy with the actions of the professor, the lack of safeguards in preventing this from happening, and the lack of action on the part of the Disability Access Center and Dean of Students. While the change in GPA is minor, the school allowed his behavior to go on unchecked.

As a direct result of the situation with this professor, I withdrew from chemotherapy and ultimately changed my major in order to no longer have dealings with this professor. Later, I just didn't feel comfortable on campus anymore and wanted to just be away, so I withdrew from my courses and applied to graduate in a different major. I graduated from the honors college.

I feel it would be easiest and best to deal with this within the university. Being ill, my time at PNW has not been particularly pleasant. I have often been required to divulge private information about my illness. Believe it or not, there was a time I loved this school. I won't stop sharing the word until Purdue Northwest does the right thing. 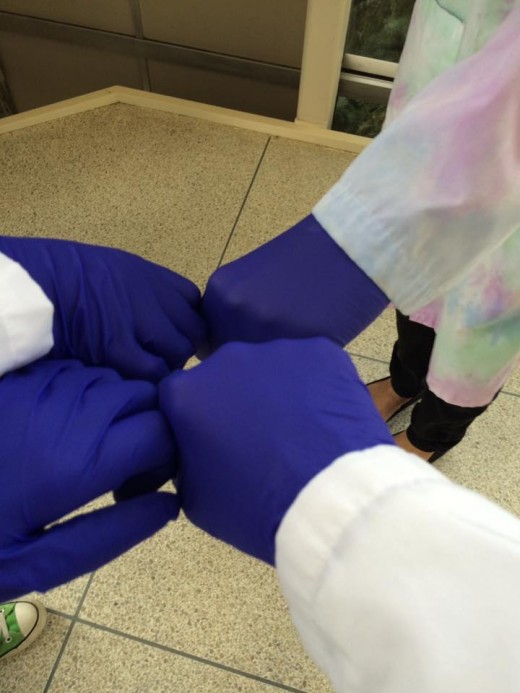 I wrote the Dean of Students today asking to present 500 signatures. I am fairly certain I will not hear back or that the dean would not like to meet or remedy this, so let's push to 1000 signatures. Thank you to those of you who donated to change.org to get the petition seen by more people. You are so kind!